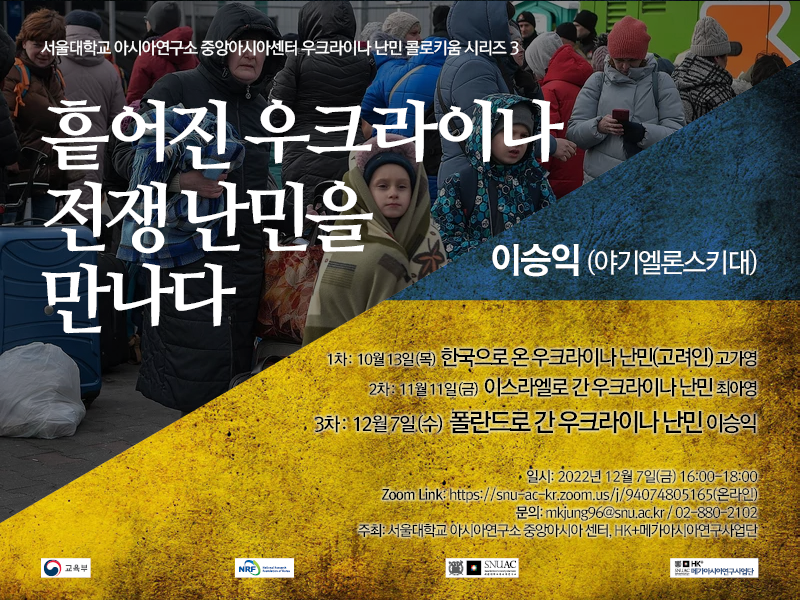 The war that broke out with Russia invading Ukraine on February 24th, 2022, has been going on for over 7 months. Unlike what was expected, the war has been extended and caused enormous human and material damage. Especially, Ukrainian refugees who have left home to evade the war are heading to many different regions. Therefore SNUAC Center for Eurasian and Central Asian Studies has planned three colloquiums based on three destinations of the refugees. Korea and Israel have accepted the refugees as ‘compatriots’, while Poland has welcomed the most refugees as the neighboring country. These colloquiums will be held both online and offline simultaneously, in order to attempt a multifaceted analysis of ethnic, racial, and human rights issues included in the Ukrainian refugee’s situation.