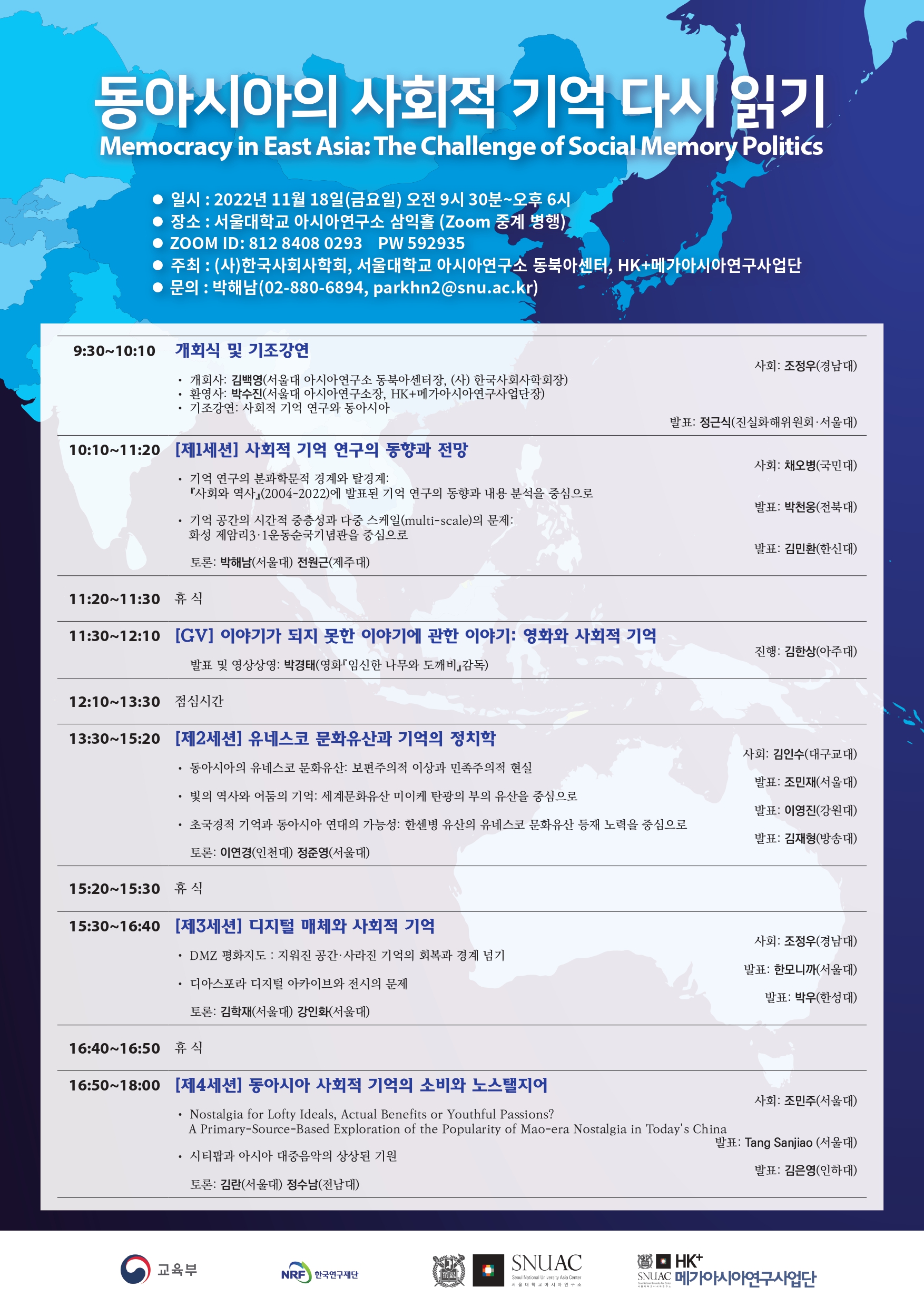 Today’s East Asia has become a memocratic space. Retrotopia, which Sigmund Bauman posited as the phenomenon in which the past is represented as utopia due to anxiety for the future, explains much about East Asia today. However, East Asia takes a step further from here. Though East Asian societies have different regimes and aims, there are attempts to bring up memory for clearer boundaries from others and thus consolidate their identities that are found in different places in East Asia.

The conflict between Korea and Japan around colonial memory, China bringing up the memory of war in conflict with the U.S., Taiwan and Hong Kong bringing up memory in order to voice up a different identity from China, and North Korea continuously bringing up memories of invasion and resistance for its Juche ideology — East Asian society in the 2010s has become a space where memory is endlessly brought up and reconstructed.

Memory does not only demonstrate its influence on the state level. It also penetrates the daily lives of people living in East Asian societies. From the 2010s on, cities have been maintaining and reconstructing places of memory in their regions through re-urbanization. Those wishing to make social changes are also continuously bringing up memory. The movement to change Korean society after 2014 is associated with the memory of the Sewol ferry, and the movement to change the long history of male dominance is associated with the memory of comfort women. ‘Retro’ and ‘Newtro’ have become concepts that represent the tastes of young people in the 2010s, and digital spaces of games and metaverses are also spaces where new explorations happen around the representation of memory.

How can we understand such domination of memory that East Asia is now experiencing? How can we analyze such phenomena? How valid are the past analyses of social memory studies in terms of nowness? What are we to analyze and how are we to do it in order to participate in history? This conference discusses not only those studies on various social conflicts around memories in contemporary East Asia and memory studies that were conducted to practice transitional justice with memory as the medium, but also diverse types of memory practices in memocratic East Asia such as the reconstruction of memory for new identities, bringing up of memory for social reform, repeated memory consumption in daily life, and reconstruction of memory in digital spaces such as games and metaverse. Furthermore, the conference will reflect on social memory studies and prospect the future in order to discuss how to study social memory in such domination of memory.