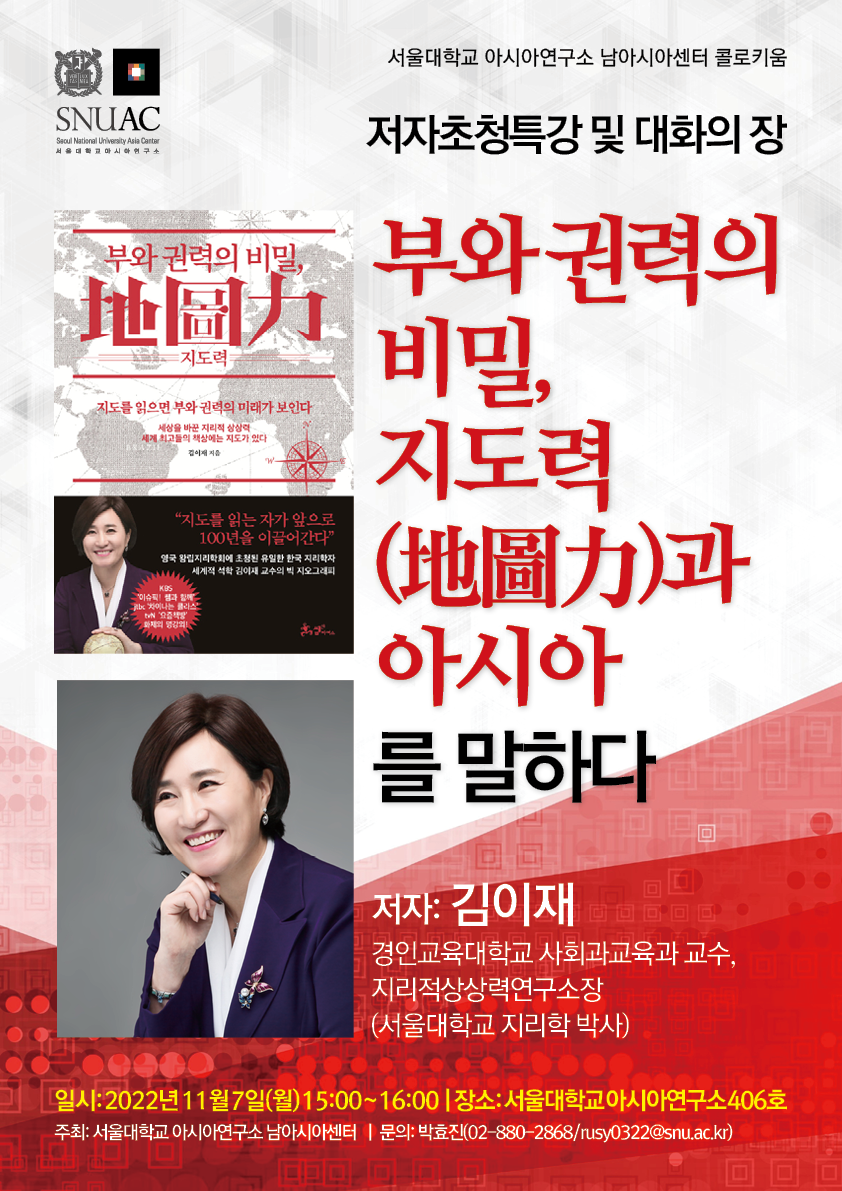 From primitive times to the 21st century, the world has been led by those who draw new maps. Powerful nations that could draw the most accurate and newest maps of the time ruled the world, and reading and utilizing maps still form the basis of wealth and power in the 21st century. This talk examines the change in the image and status of Asia through world maps and critically reflects on the limitation of existing regional distinctions of East Asia, Southeast Asia, South Asia, Central Asia, etc. New perspectives and methodologies to understand and approach Asia such as gender geography, connectography, and geographical imagination will be suggested. Especially, the power and value of Asia that have been reduced and distorted in the Western-centered metageographical system will be illuminated through various maps.