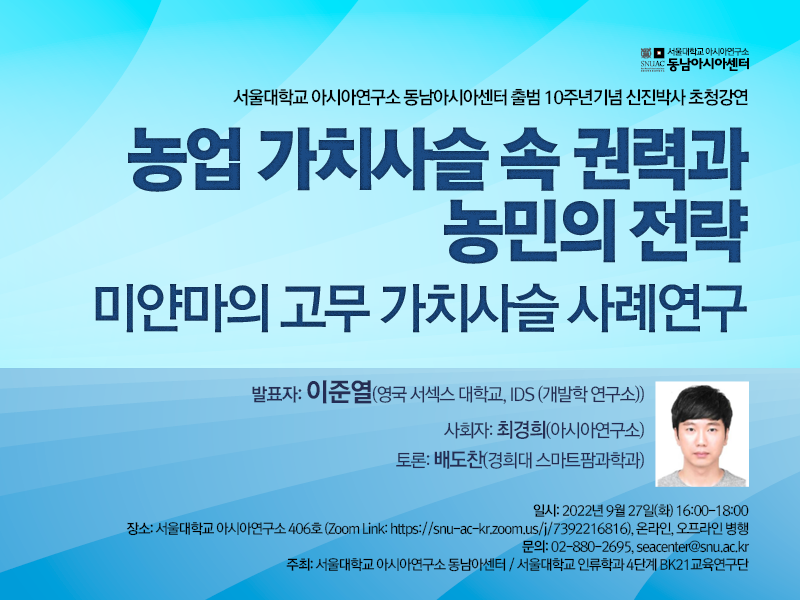 Internationally, the agricultural value chain approach has been noted as a sustainable development method to fight poverty in the Global South. However, in cases of societies with disputes and military governments, value chains are mostly dominated by a few powerful people, thus aggravating poverty, inequality, and discrimination. But how much do we know about the various dimensions of power within them? And are the farmers, who are generally considered powerless, really just dominated by power? This lecture examines the complex interactions between powerful people and farmers, through examples of rubber value chains in the two villages of Mon state in Myanmar, which was one of the areas of dispute. It especially showcases a comparative analysis of the two villages’ value chains vertically and horizontally over the last three decades based on field research, to explain the first, second, and third dimensions of power within the value chains and the various strategies of exit, support, voice (everyday resistance and hidden script, etc.) that farmers have used as their agency against power. It also focuses on the fact that the difference between agencies of different farmer groups is related to their social and collective resources.