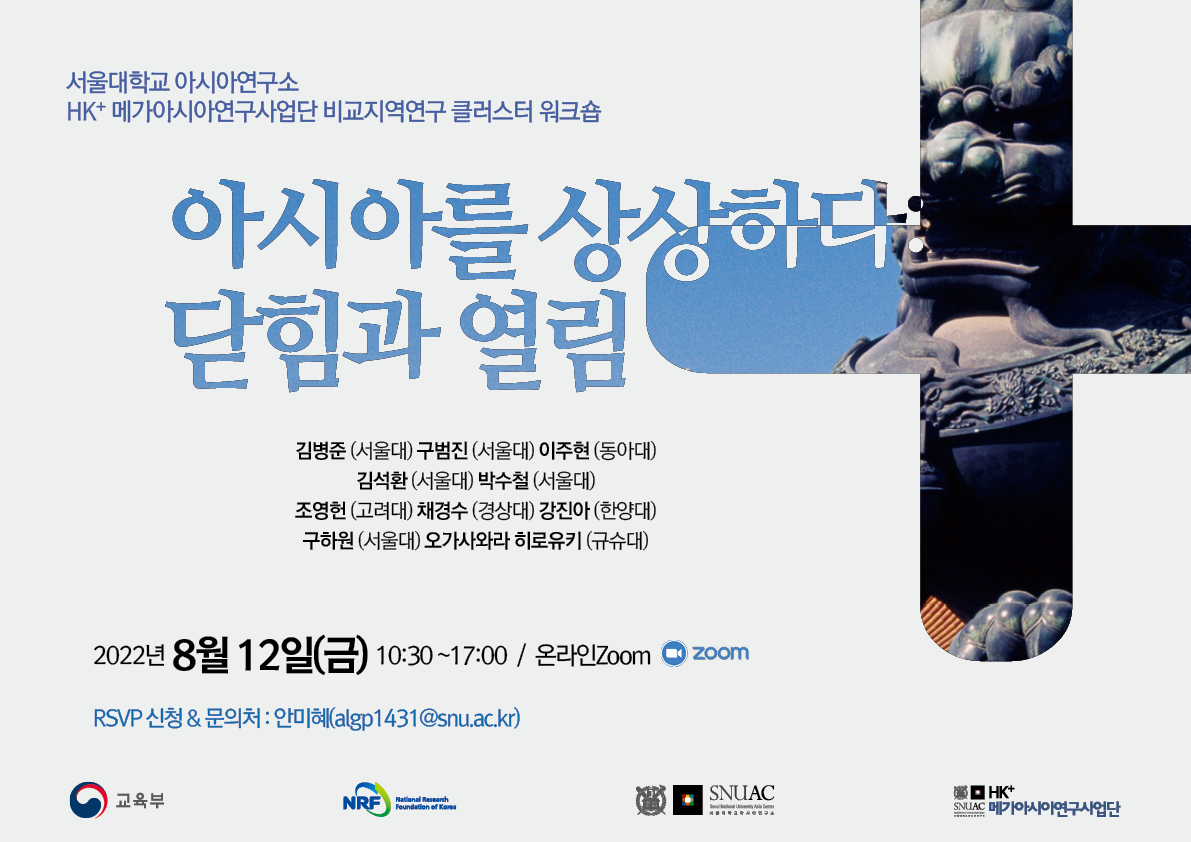 This series, ‘Imagining Asia: Open and Closed,’ consists of two themes, which are the historical approach that examines how Asia from the traditional times has expanded as a historical entity, and the ideological or epistemological approach that considers how Asia understood itself and the world surrounding itself beyond such a reality. First, the historical approach refers to focusing on the political relationships between the empire as a central nation and the countries around it and identifying the historical communities that existed in each region. Thus, this refers to a relatively closed world. Second, the ideological approach refers to examining the awareness of relationships between historical communities that actually exist in each region and the imagined world beyond them. This could be seen as an open world that transcends the world in real life. Through this work, we can compare the ‘Asia’ that existed and the ‘Asia’ that the people in the past imagined. We seek to create a historical and conceptual foundation that defines ‘Asia’ for the collective research that will continue in the future.