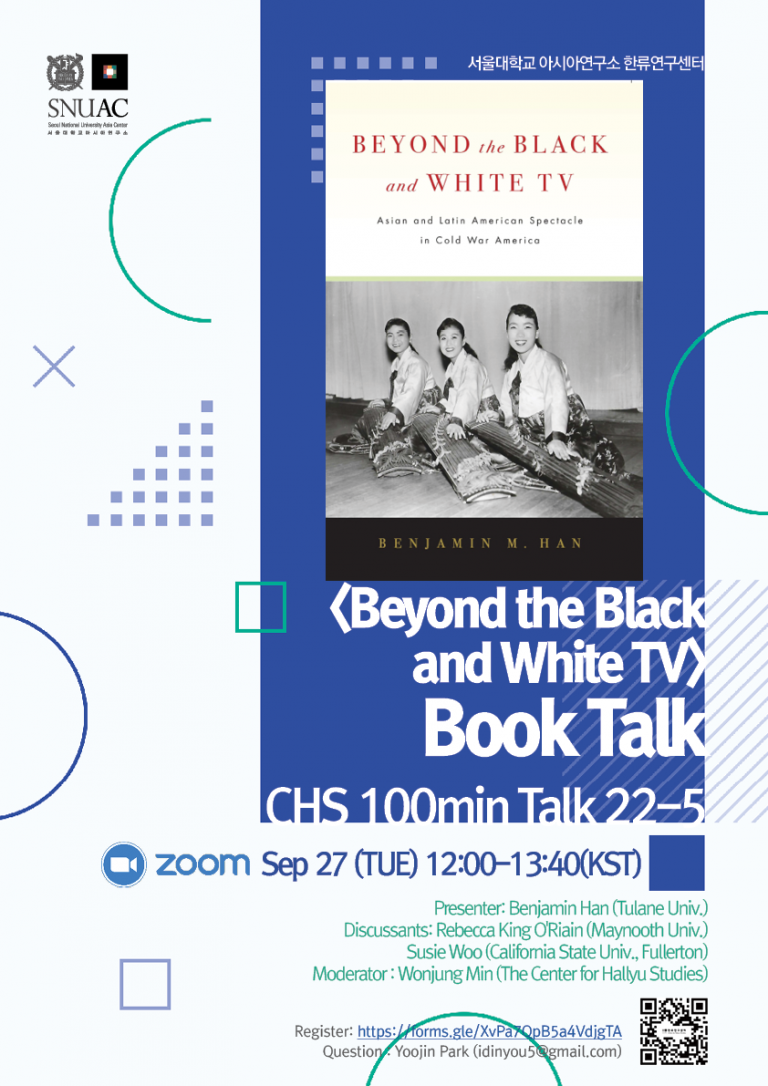 Beyond the Black and White TV: Asian and Latin American Spectacle in Cold War America (Rutgers University Press, 2020) looks beyond the nation-oriented limitations of American television studies and casts light upon Asian and Latin American singers who played major roles during the 1950 Korean War, 1959 Cuban Revolution, and the 1959 Cultural Cold War in Hawaii, such as the Kim Sisters, Umeki Miyoshi, and De Castro Sisters. This book looks at how popular variety shows such as The Ed Sullivan Show and The Chevy Show made use of race in order to strengthen the U.S.’s racial liberalism and internationalism to break down communism during the Cold War period. Also, it examines the moments of cultural exchange between white emcees and foreign guests, describing America that sought after international power through TV as a tool. This book is significant in the sense that it highlights the geopolitical function of exotic scenes made by racialized bodies in popular variety TV shows as early forms of global television.