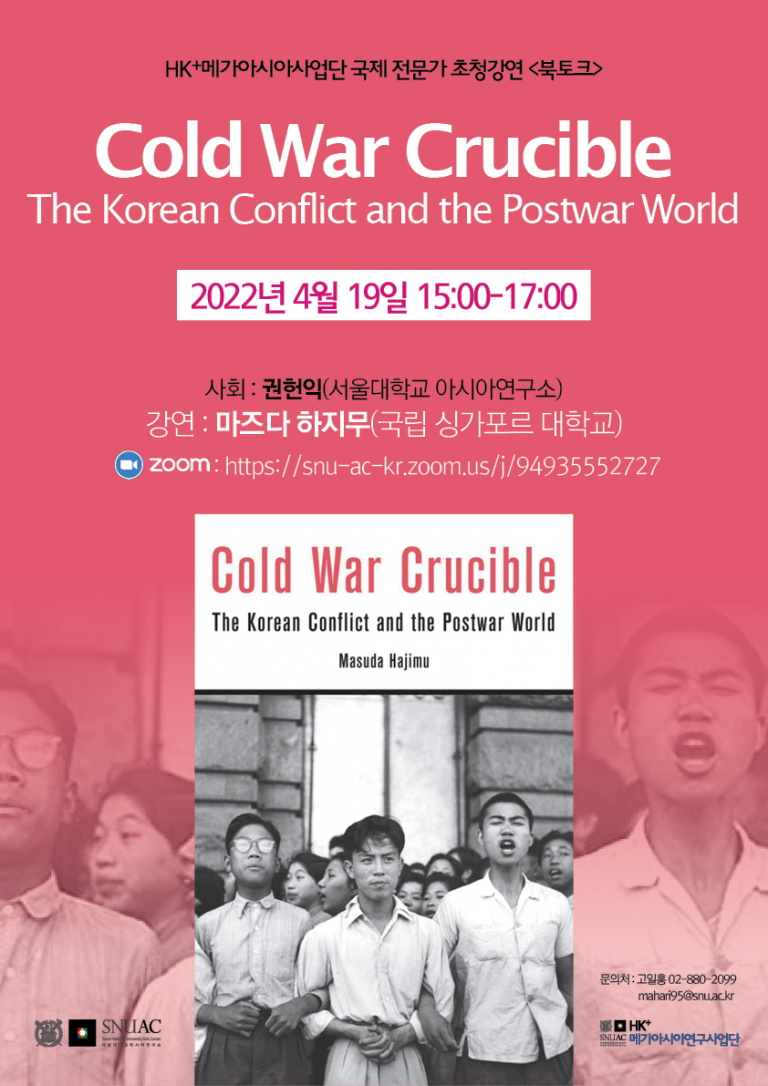 What was the Cold War? Cold War Crucible is an inquiry into the very nature of the conflict. It traces the Cold War’s metamorphosis during the Korean War from a diplomatic stand-off among policymakers to an ordinary people’s war at home through examining not only centers of policymaking, but seeming aftereffects of Cold War politics during the Korean War: The Red Purge in Japan, the White Terror in Taiwan, Suppression of counterrevolutionaries in China, the crackdown on “un-Filipino” activities in the Philippines, and McCarthyism in the United States. While these events have been usually examined separately and are commonly considered aftereffects of the global Cold War, the book re-defines these events as parts of a global phenomenon of nativist backlashes—a sort of social conservative suppression—that operated to silence various “social warfare” that surfaced in the aftermath of World War II. It shows how ordinary people throughout the world strove to silence disagreements and restore social order under the mantle of the global confrontation, revealing that the actual divides of the Cold War existed not necessarily between the Eastern and Western blocs but within each society, with each, in turn, requiring the perpetuation of such an imagined reality to maintain order and harmony at home. Exploring such social functions and popular participation, Cold War Crucible suggests that the Cold War was more than an international confrontation between the Western and Eastern blocs. It was also a social mechanism for purity and order, which functioned in many parts of the world to tranquilize chaotic postwar and postcolonial situations through containing a multitude of social and culture wars at home.

Masuda Hajimu (family name Masuda) is a historian at the National University of Singapore. He is the author of Hitobito no naka no Reisen sekai : sōzō ga genjitsu to naru toki [The Cold War World among Ordinary People: When Imagination Became Reality] (Iwanami shoten, 2021); Cold War Crucible: The Korean Conflict and the Postwar World (Harvard University Press, 2015); “The Early Cold War: Studies of Cold War America in the 21st Century” in A Companion to U.S. Foreign Relations (Wiley Blackwell, 2020); “The Social Experience of War and Occupation” in The Cambridge History of Japan (Cambridge University Press, forthcoming in 2023), among many others. His areas of concentration are the modern history of East Asia, the history of American foreign relations, and the social and global history of the Cold War, with particular attention toward ordinary people and their violence, as well as the recurrent rise of grassroots social conservatism in the globalized world of the twentieth century. He was a residential fellow at the Woodrow Wilson International Center for Scholars (2017-18); Visiting Fellow at the University of Cambridge (2020); and Visiting Scholar at Waseda University (2020). In 2021, he received the 75th Mainichi Shuppan Bunka Sho (The Mainichi Publishing Culture Prize) and the 21st Osaragi Jiro Rondan Prize.