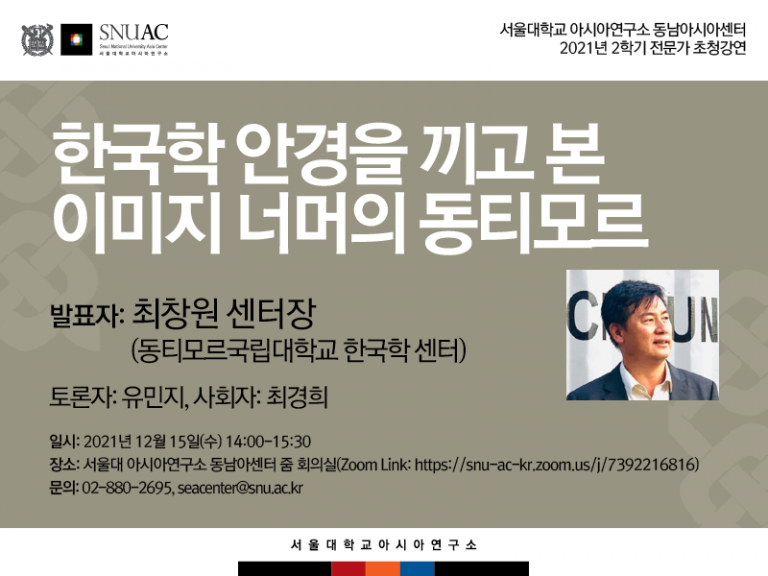 A while after a foreigner hero of Timor-Leste died, in October 2021, “Now Max Stahl has died. But…” Gregorio De Sousa, the new ambassador of Timor-Leste to Korea, who had come to the first class of ‘Modern Korean History’ to congratulate me, continued to say, “It’s a shame that there are still so many foreigners who think of Timor-Leste with the image of a dangerous country with Santa Cruise massacre that Max Stahl had let the world know.” Max Stahl was a hero who had contributed to the independence of Timor-Leste by publicizing the tragedy of genocide. However, he may now be pressing Timor-Leste down with that dismal image. This lecture seeks to break open that frame, even by a little, by delivering the reality of Timor-Leste based on the knowledge and experience I had accumulated by living with the people of Timor-Leste for a long time. This reality is beyond the image of Timor-Leste, created by mass media, prejudice, fixed conceptions, and lack of understanding.