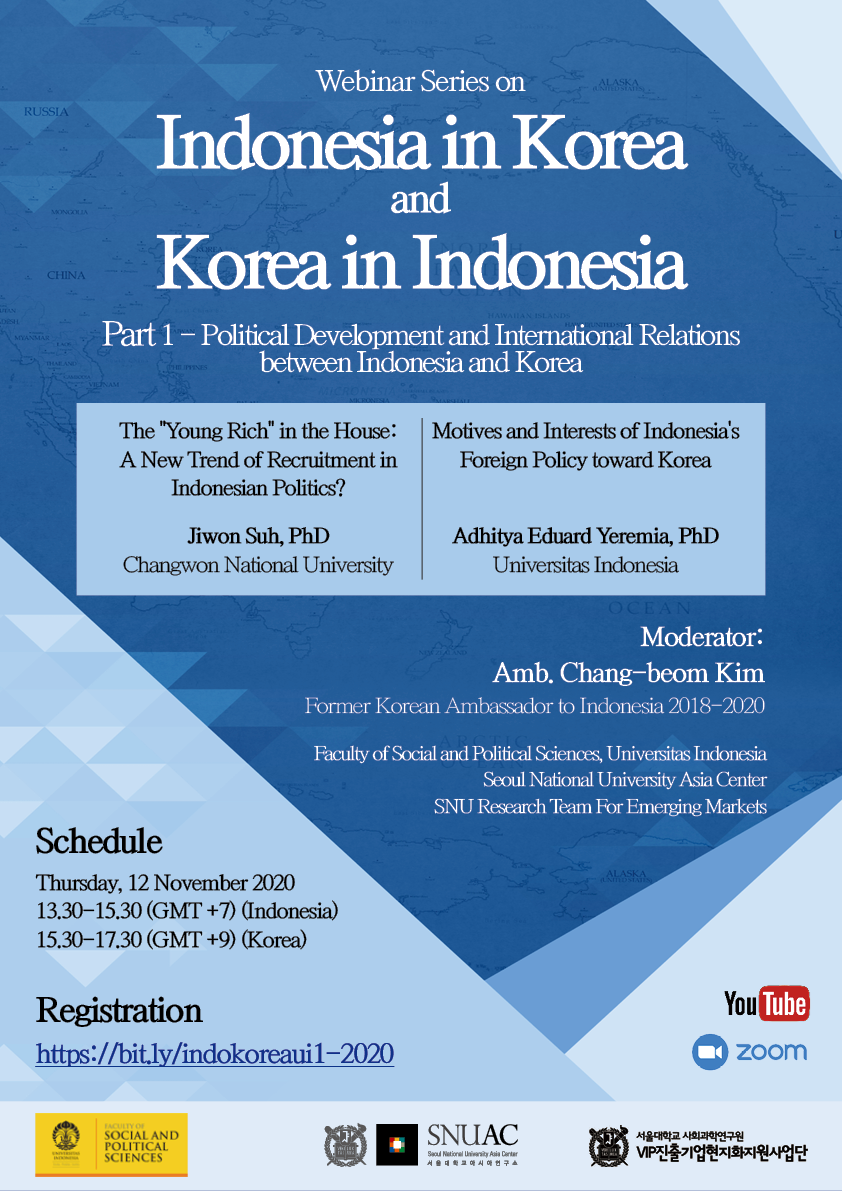 SNUAC and the Faculty of Social and Political Sciences at Univeritas Indonesia have programmed a webinar series to explore the interconnection between the two countries in terms of politics, society, culture, and international relations based on their expanded exchanges and cooperation.

To participate in the two webinar events on November 12th and 26th, please register via the link below. Presenter bio and abstracts can be downloaded from below.