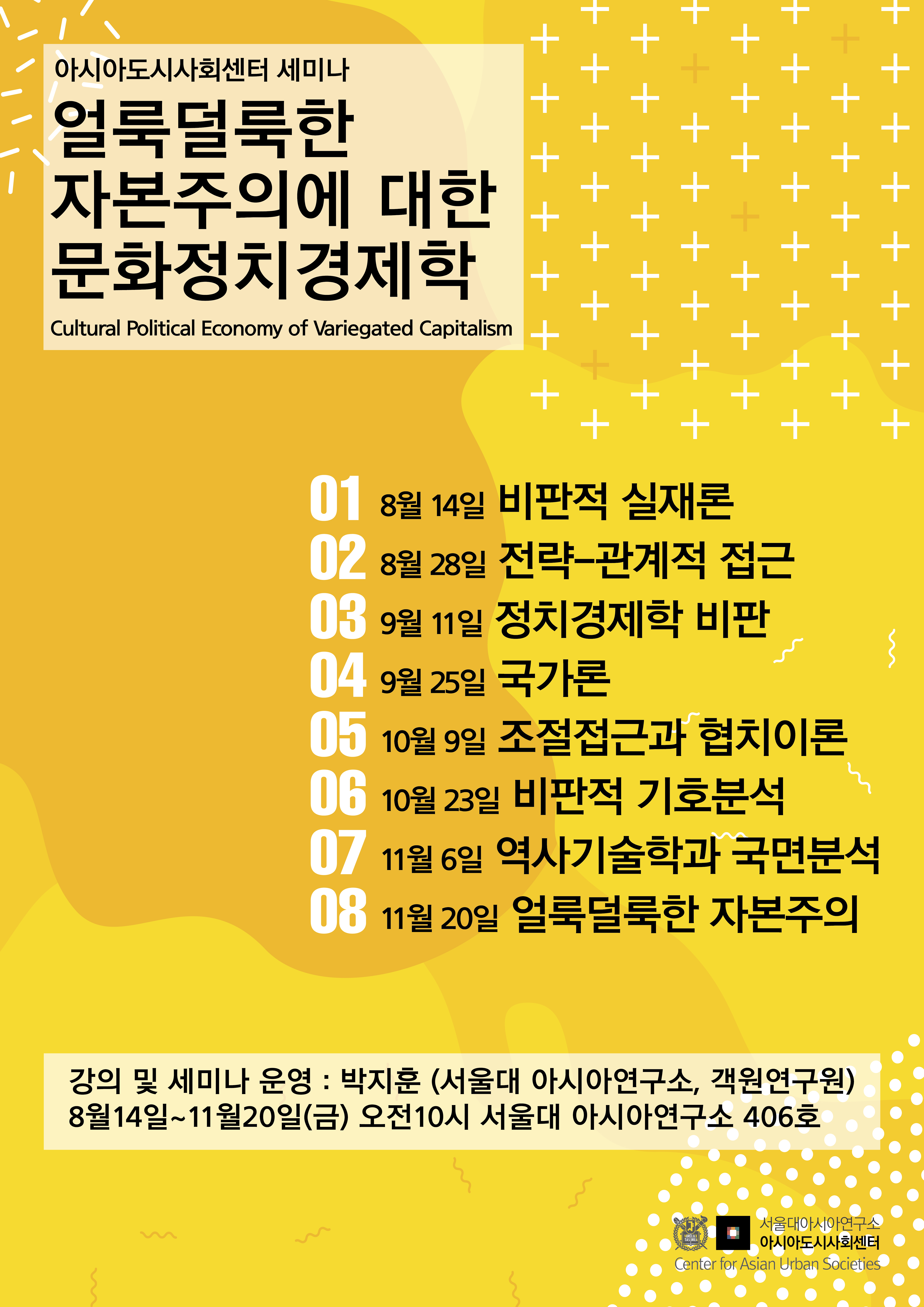 ※ From the fifth event, the date has been postponed a week. Below is the modified schedule.

SNUAC’s Center for Asian Urban Societies has programmed a seminar on the basics of <Cultural Political Economy of Variegated Capitalism> on every other Friday starting from August 14th.

The seminar will proceed with the lectures (mostly explanations of the background) by the host and presentations and discussion by participants. While this will start out in the form of a reading club, we are hoping that it will grow into a research network in the future. We ask all graduate students and researchers who are interested in the critique of political economy, critical cultural political economy and critical cultural studies to join us.

Researcher at Sogang University Institute of Social Sciences. Visiting researcher at SNUAC. Earned a Ph.D. with “A Cultural Political Economy of South Korea’s Development Model in Variegated Capitalism” under the guidance of Bob Jessop and Ngai-Ling Sum at Lancaster University.