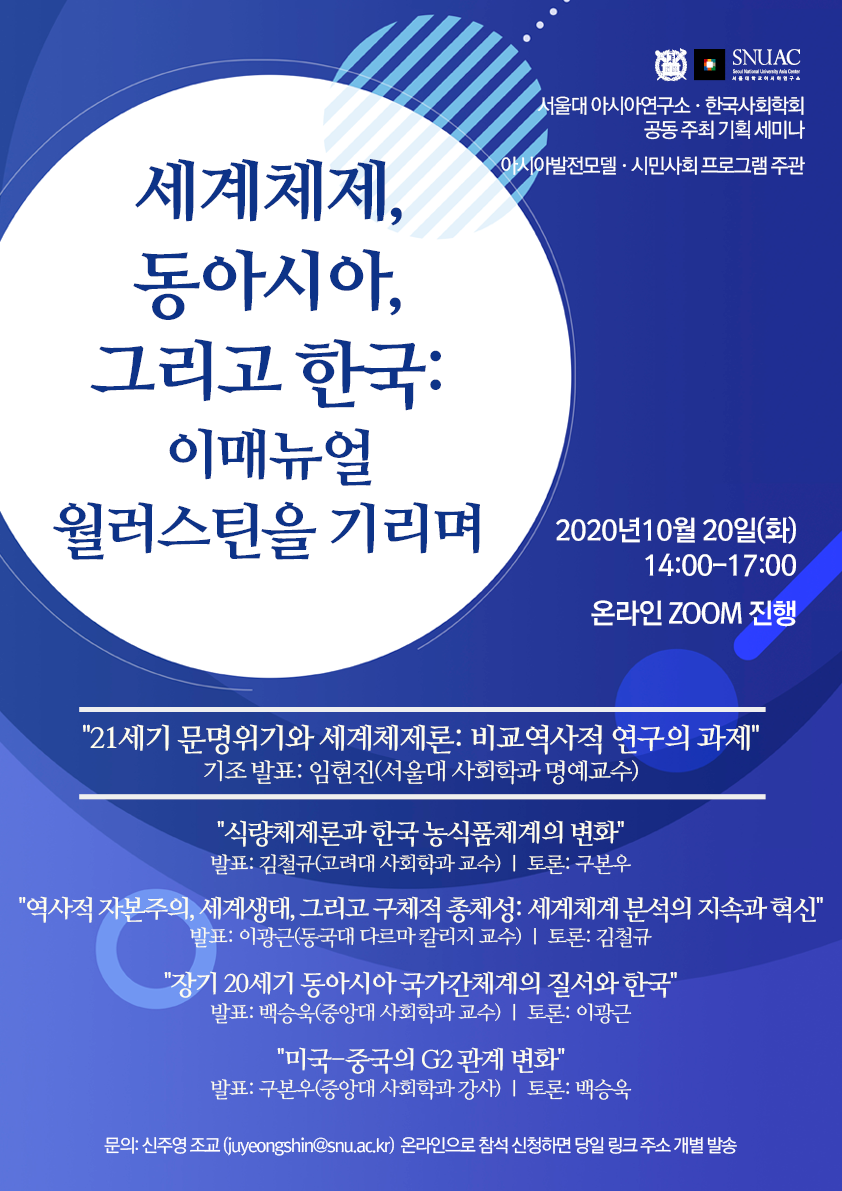 SNUAC Civil Society Program and the Asian Developmental Model Program have jointly programmed a seminar with the Korean Sociological Association. In memory of Immanuel Wallerstein, the advocate of the world-systems theory and distinguished professor at Yale who has passed away at 88 last year, Korean experts on social development will present their papers related to his theory to offer an opportunity for us to seek future tasks in the practice of Wallerstein’s theory.

※ This seminar will be held online via Zoom. To RSVP, send an e-mail to juyeongshin@snu.ac.kr and you will receive the link to the seminar on the day of the event.

“The Changes in the G2 Relationship between the U.S. and China”
Presentation: Bonwoo Koo (Lecturer, Dept. of Sociology, Chung-Ang University) | Discussion: Seung-Wook Baek 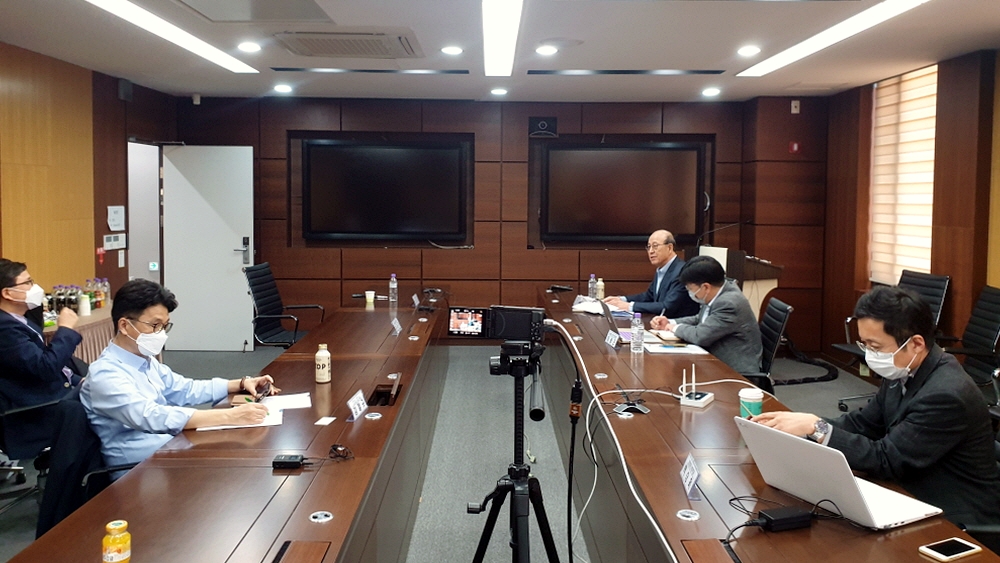 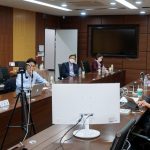 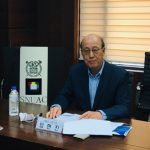 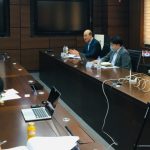 This academic event was programmed to commemorate Immanuel Wallerstein, the advocate of the world-systems theory and distinguished professor at Yale who has passed away last year. Prof. Hyun-Chin Lim (Professor Emeritus, Dept. of Sociology, SNU) delivered a keynote speech on how American and European associations of sociology and political science are sharing a self-criticism on the gradual extinction of macro sociology and increasing focus on micro-sociology and emphasized the necessity of dealing with Wallerstein’s capitalist structure and its dynamics and paradoxes. He went on to totally re-examine the past perspective on development from Wallerstein’s view who sought inclusive studies through the construction of a comprehensive area of historical social science, an interest in capitalist world economy beyond units of nations and societies in terms of methodology and discussed the future of capitalism.

In the presentations that followed, Prof. Chul-Kyoo Kim (Dept. of Sociology, Korea University) distinguished the food system to analyze the interaction of Korean capitalist development and the agricultural food system in the frame of food system theory and examined the capitalist development of South Korea in the second food system under the American hegemony after WWII in terms of food and procurement of food. Prof. Kwang-Geun Lee (Dharma College, Dongkuk University) explained the formation and development of Jason W. Moore’s world-ecology analysis which sought the synthesis of world-system analysis and ecological Marxism. Prof. Seung-Wook Baek (Dept. of Sociology, Chung-Ang University) analyzed the changes in 20th century East Asian order as a singularity that rose out of the changes in the order of systems among different countries in the world-system, based on the analytical tool of interstate-system which is one of the three levels of analyzing the modern world system as proposed by Wallerstein. Lastly, Bonwoo Koo (Lecturer, Dept. of Sociology, Chung-Ang University) explained the changing relationship between the U.S. and China in terms of corporate, industry, patterns of relationship and deconstruction that emerged in the neoliberalist period and after the 2008 economic recession, based on Wallerstein’s historical capitalist analysis and around the two axes of the global value chain and intellectual property system.

This academic conference was relayed real-time via Zoom, and served as an opportunity for all participants offline and online to again verify that Wallerstein’s world-systems theory can be applied to various areas and commemorate his contributions.