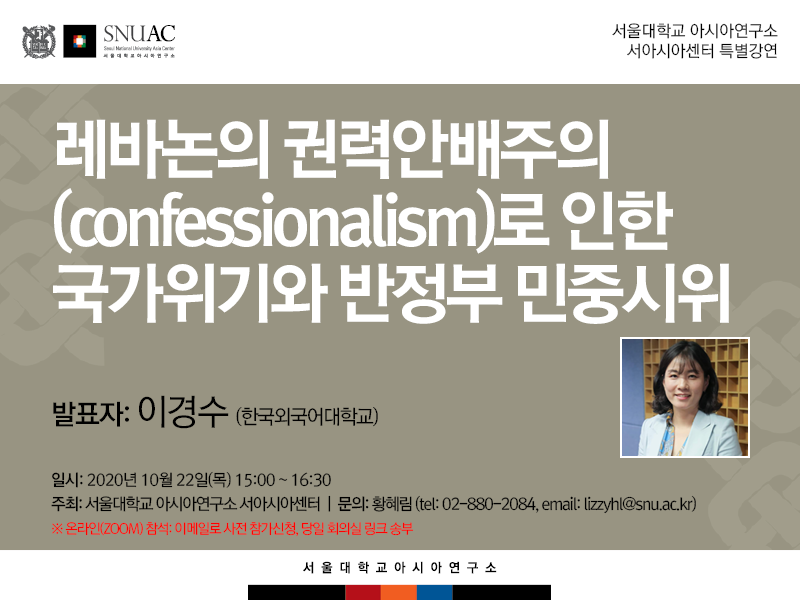 In the past five years, the structural limitations of the Lebanese government manifested as limitations of administrative abilities and aroused the people’s rage. With the imposition of taxes on messengers in October 2019, a large-scale anti-government protest finally erupted, and the Beirut explosion in August 2020 marks the peak of the protest. This lecture will discuss the recent series of events and the popular protests to understand the Lebanese society. 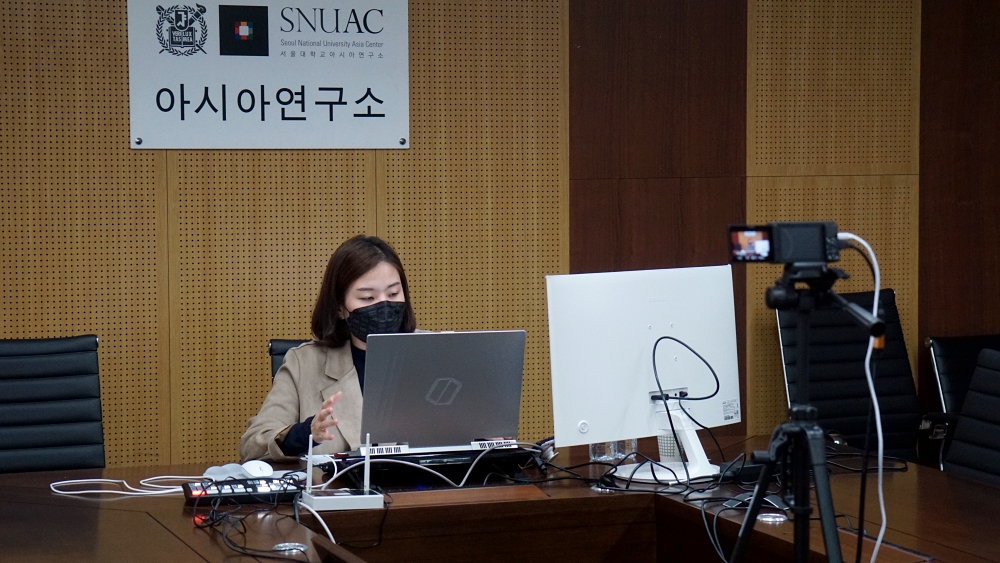 Confessionalism is a characteristic of Lebanese politics and is a governmental system that proportionally allocates political power to different sectors. Due to the history of confessionalism, each sector of the Lebanese government prioritizes its own benefits, which leads to difficulty in reaching an agreement of forming cabinet members and an absence of an established political system. Dr. Lee analyzed the current national crisis that shows the dysfunctionality of the government through specific examples.  The lack of infrastructures such as electricity, water, and traffic, the government’s negligence on the garbage crisis which even created hills of garbage in the city, and the economic difficulty in which 50% of the Lebanese people are impoverished all explicitly shows the impaired functioning of the Lebanese government. The Beirut explosion in August 2020 marks the peak of such impairment.

Subsequently, Dr. Lee examined the popular protest as a possibility to change the current situation. There had been continuous protests in Lebanon even before the Arab Spring but may have the limitation of having confessionalist characteristics. But large-scale anti-government and anti-confessionalist protests after 2011 have different natures. Dr. Lee noted that these protests are significant in the sense that they have grassroots origins and totally anti-confessionalist nature, but predicted that the anti-government protests could be pushed to extremes if the government continues to violently oppress the popular protests. After the presentation, the participants carried out a heated Q&A session on the aspects of Lebanese protests and the possibility of Lebanon’s changes.