Asia, “the West,” and Postcolonial Visions of the Future 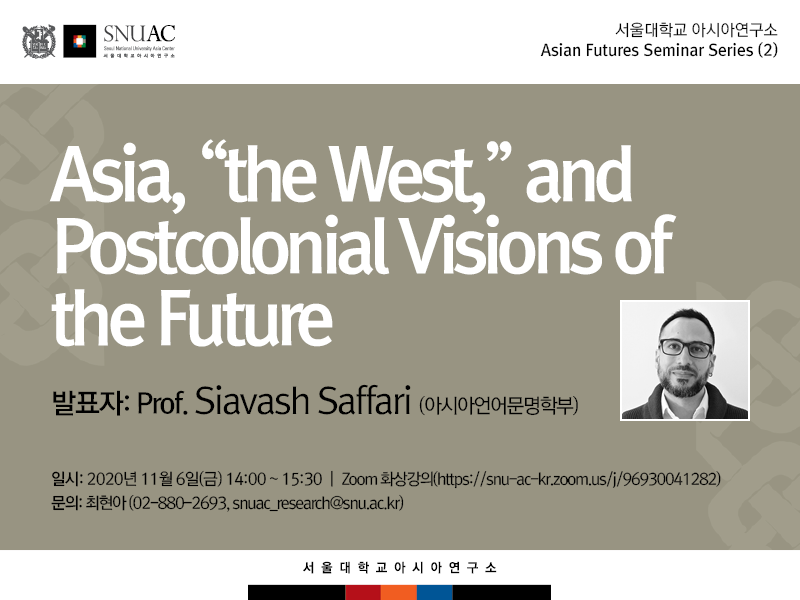 The twentieth century witnessed an era of decolonization in various parts of Asia and Africa. As newly independent nation-states began to shake off colonial imprints and legacies, their intellectuals sought to develop alternative visions of the future; visions that were often grounded in notions of political, economic, and cultural de-linking from the colonial West. The task of identifying alternative ontological and epistemological grounds to those of Western modernity became a key endeavor for many postcolonial intellectuals in the global South. Yet the precise contents of these alternative non-Western visions of the future became subjects of contentious debate; debates which are still ongoing in various parts of the non-Western world. Taking Iran in the twentieth century as its starting point, this presentation explores some of these debates, and it asks how did Iranian intellectuals – particularly those in the mid-twentieth century – articulate their alternative visions of a postcolonial future? The presentation surveys the works of some of the leading Iranian intellectuals of the mid-twentieth century such as Ahmad Fardid, Jalal Al-e Ahmad, Ali Shariati, Ehsan Naraqi, Dariush Shayegan, and Seyyed Hossein Nasr, situating their contributions within the genealogy of postcolonial thought in Asia and beyond. In particular, the presentation focuses on how these Iranian intellectuals and their non-Iranian counterparts conceived the historical encounters between Asia and the West, and how they distinguished their alternative visions of the future from a historical condition and project dubbed Western modernity.

Title: Memories of Tomorrow: Islamic Past in the Visions of West Asian Future