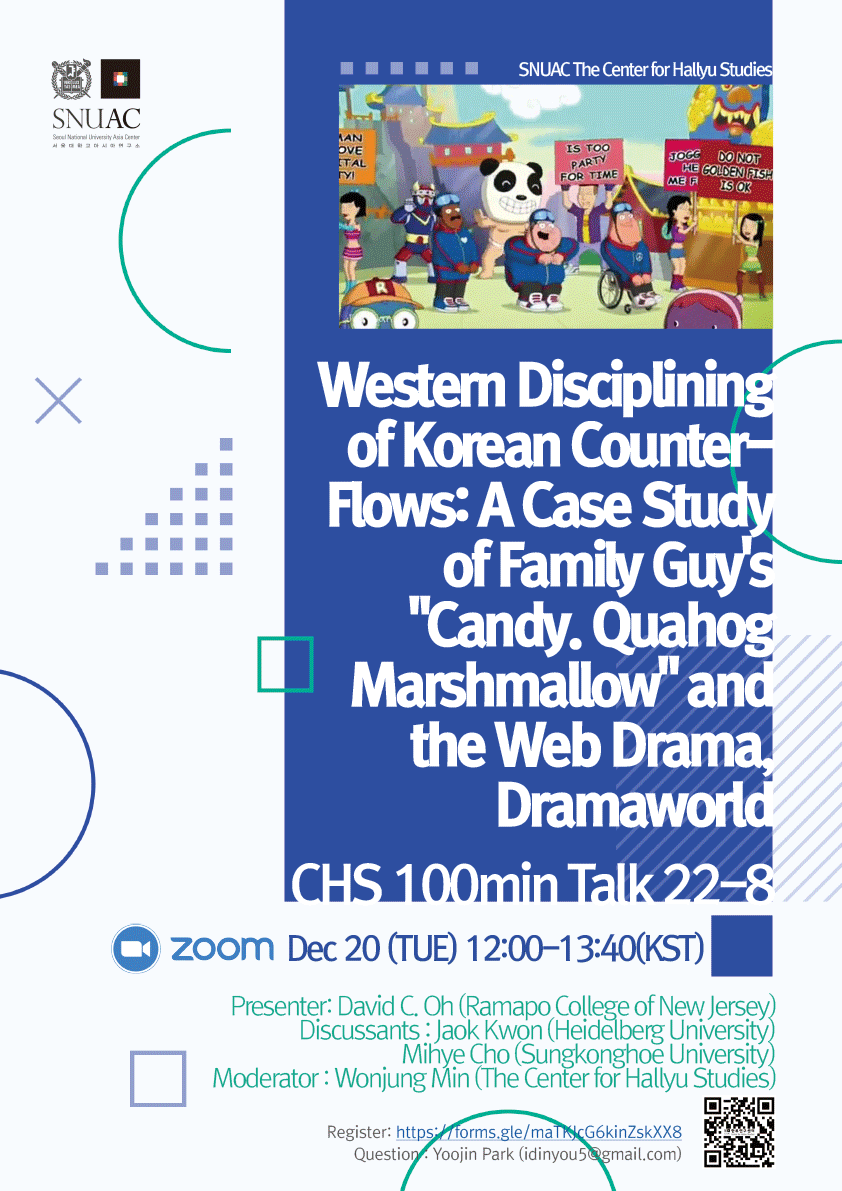 The transnational flows of Korean media and its reception in the US has been highly celebrated. Citing BTS’s global popularity, Parasite’s (2020) unlikely Academy win, and the viral success of Squid Game (2021), there have been numerous articles about the rising awareness and critical reception to Korean media. Ju Oak Kim (2021), for instance, has referred to what she sees as a transformational stage in which Korean media have moved from the margins of Western reception to the mainstream, dubbing this “the Third Korean Wave.” This would mark Korean media movements as extraordinary for their successful counter-flows from East to West and for being outside the Anglophone hegemonic dominance of global media. If so, thiruns against all previous research on mediated counter-flows that suggest that Western media policy, media institutions, and audiences discipline such movements (Thussu, 2007). Certainly, Western media, particularly U.S. media, have been self-protective, restricting distribution into its market. The purpose of this talk, then, is to address how two media texts that are created in the West – a popular cartoon and a web drama co-production – ambivalently discipline, re-imagine, confront, and facilitate these movements. It is meaningful to consider the ways in which the West is mediating the ambivalent inclusion of a non-Western mediascape during a time in which Korea is emerging as an influential media hub and in which mediascapes are increasingly a global pastiche. Time will tell if global digital platforms, audience tastes, and corporate media strategies are sufficient to overcome or sidestep Western disciplining and self-protection, but it is clear that it is taking notice.