The funerary networks of central Italy in c. 1000-31 BC: ANT, SNA, UCINET and Netdraw in the study of cultural contacts 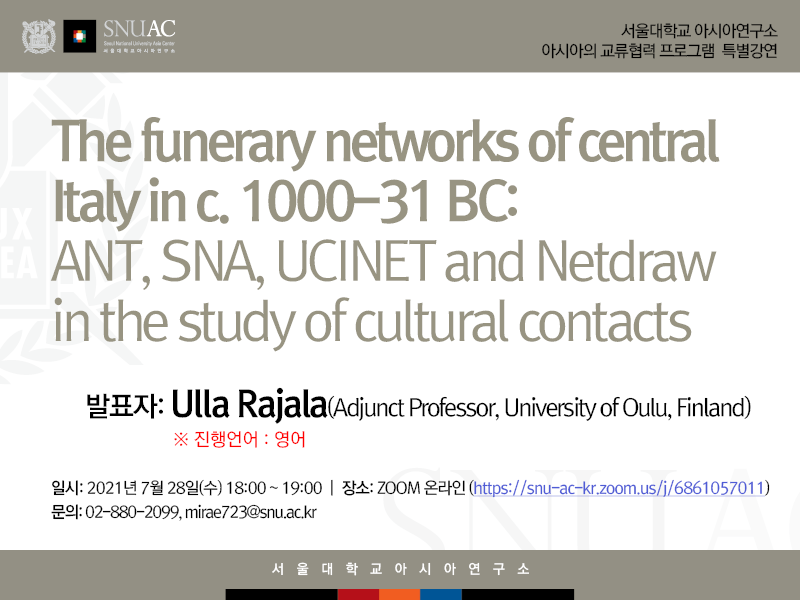 Dr Ulla Rajala is a specialist in ancient central Italy, applying GIS and network analysis. She is an honorary docent at the University of Oulu, Finland, and was recently a researcher at Stockholm University, Sweden, in 2016–2019, financed by the Swedish Research Council (Veteskapsrådet) on the project Changing group identities in the multicultural pre- and postcolonial central Italy: landscape, people and materiality from c. 800 until 100 BC. She has written many articles, among the latest the ‘Pre-colonial Latin colonies and the transition to the Middle Republican period: Orientalizing and Archaic settlement evidence from the Nepi Survey’ in the Papers of the British School at Rome and co-edited with Dr Phil Mills the volume Forms of Dwelling: 20 years of taskscapes in archaeology.