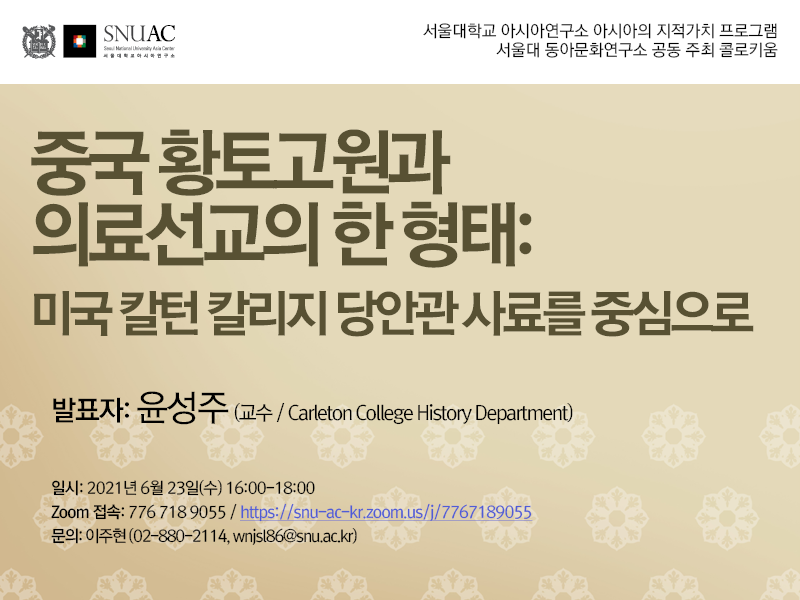 Over the years when I am conducting research at the Carleton College Archives in Minnesota USA, I have come to realize how rich a connection a small liberal college like Carleton established to the North China Plain in the early part of the twentieth century, especially from the 1930s through 1950s. It was the period when the Carleton-in-China program (succeeding its preceding programs from the early 1900s) became deeply enmeshed with competing medical regimes that penetrated the rapidly militarizing region in inland China. Such a competition involved not just the expanding Japanese empire and its colonies (Taiwan, Korea, and Manchuria) but also selective receptivity to biomedicine of the western countries. The period also witnessed Carleton setting up its mission in the area (an elite middle school and a modern hospital, 1907-1949) where the school’s representatives taught English and practiced biomedicine. While such endeavors unmistakably initiated a colonial, and by extension, post-colonial, encounter between Carleton representatives and their Chinese hosts in the venue society, I find the earlier signs of the Cold War orientation were not necessarily palpable in the region and the period we are examining. In other words, such a value orientation became consolidated only during the course of the military confrontation on the Korean peninsula (aka., the Korean War). I hope this paper presentation will open an important venue by which I can connect Carleton’s recent medical (and educational) mission to the origins of the Cold War in East Asia. I argue that we can gain a better understanding of the origins of the Cold War when we give due attention to the transwar continuity and breaks. Put it another way, I contend that the college’s deep involvement and investment in East Asia came to shape the keys to the postwar order in the region and beyond.

“When the Husband is Mild, the Wife is Gentle” 夫和妻柔: Marriage Cases in Pre-modern Chinese Legal and Literary Judgments